"I was very pleased with the job that they did. They were extremely professional. Here on time, very courteous. Did everything that was asked. The job that they did was absolutely fabulous. I didn't realize how dirt the house was until they cleaned it.

My husband and I are very pleased. And we would highly recommend to anyone that asks." 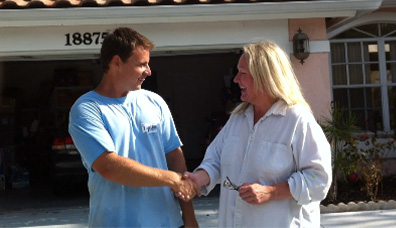 They Were Extremely Professional. 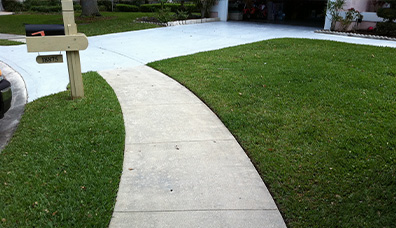 "These Guys Did A Great Job"

"I found Jefferson on Craigslist, we had to get 3 quotes on the person for the association here, it's a 12 unit little condo complex. We needed to get some repairs done, also get pressure cleaning done and then we decided to go ahead with the sealing on the pavers aswell.

He was great, he came out and he was the one to follow up out of the 3 quotes he wasn't the cheapest, but, it's not always best to go with the cheapest. We're really happy. It wasn't that big of a deal but just the fact that I liked him, he followed through and when he did the job, he did an exceptional job. And even the sidewalks, was not part of the deal and he did that. He goes the extra little bit to make sure you're happy.

Like I said, he was professional, he came right out. It was less than a week. I wish you could see what the fence looked like. It was green, and full of mold. Everyone's very happy. Highly recommend. Thank you very much." 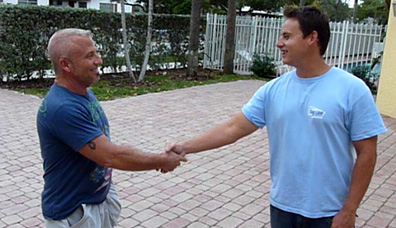 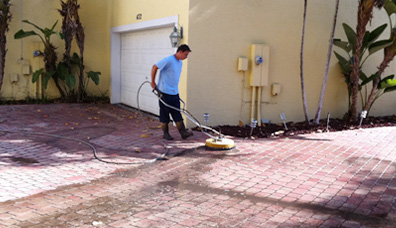 He Goes The Extra Little Bit To Make Sure You're Happy. 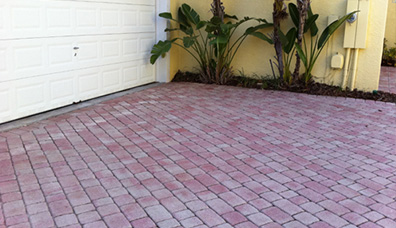 "He Took Great Care Doing The Job. I Thought The Job Was Top Notch."

"Hi, My name is Tom, I am the tennis director for Aventura Tennis Fitness Academy, which I just started this January. When I showed up here, the courts, here next to Bally's Total Fitness in the Waterways in Aventura, the courts were in very poor shape. And I needed them pressure cleaned, and I needed to resurface the courts.

When we first showed up here the courts were completely black, with mold. I actually hired another company to attempt to remove the mold. The job was so difficult that they said they couldn't finish the job. They agreed on certain price. After working on it for an entire day the walked way from the job. It was too difficult.

A couple of days later, I got in touch with "Top Line", Jefferson's company, Pressure Washing company. He showed up and within 1-day he knocked out the 5 courts. They were perfectly cleaned.

I was so impressed by Jefferson and his company that I also had to resurface the tennis courts. We enlisted Jefferson's help since he has experience with brick pavers, so I thought he might be useful fixing the courts. As you can see, he did the courts here, he did an outsanding job.

Again, fantastic work ethic, out here several days in a row, got the job done, did what needed to be done, I thought he handled himself very professional, methodical way and the price was the right price for my company. I was able to afford it. I think the courts came out fantastic.

On the website, you have the before, and the after so when you see the courts, you'll agree. He's a great young guy, and I recommend him for any job that you needed to do.

...Somebody else promised us that they were going to be able to do the job for a certain amount of money and they were unable to complete the job, so by the time we called Jefferson, we were scrambling. He was able to respond to the phone call and within a day or so he was out here and the job was done very quickly. Thank you" 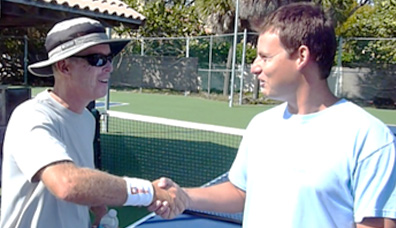 I Was Really Impressed By Jefferson And His Crew. 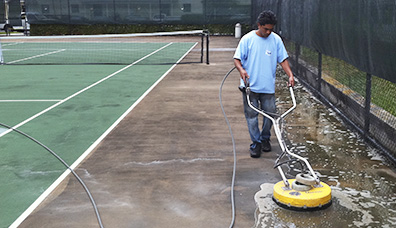 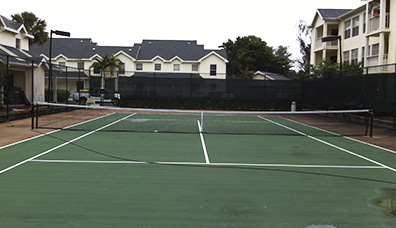 I Recommend Him For Any Job That You Needed To Do.